A new day, a new year, a new life, a new something else.

For those who are interested, I left the house. Yes, I have been a little bit agoraphobic. It basically comes down to this: if I leave the house I know I’m going to spend money, so best not.

I had breakfast with a girlfriend. It was good. A delicious Eggs Benny with bacon (that’s an Eggs Benedict for people not in Australia – we insist on shortening every proper noun). Then I went and deposited a cheque, and then I bought more groceries because that’s what I do when I’m about to be seriously broke.

And then I watched the last 5 episodes of the 7th and final season of the West Wing. Who do I love the most? CJ Cregg? Toby Ziegler? Josh Lyman? Donna Moss? Leo McGarry? Sam Seaborn? The completely hunky Matthew Santos? (I’m talking characters here, he’s the even more gorgeous Jimmy Smits in real life). I probably love CJ the most. She’s the woman every strong woman wants to be. Smart, funny, thin and fashionable, driven, in charge. But Josh Lyman. The thinking girl’s hunka hunka burning-up-because-he-never-sleeps love. And we all know he had a six pack under those white shirts (thank goodness they finally started wearing white shirts by the end – grey and green blech at the start). And then there’s Eeyore Toby Ziegler. Soulful, sad, smart, a little bit morally superior, with brown eyes to die for. And Donna Moss, the character who grew the most over 7 seasons and who steadfastly loved her man despite him being an idiot. I loved these characters and I loved the actors and I loved the show and I loved that after Aaron Sorkin left the 5th season the show got a bit meaner and sadder and more difficult. It needed it. Sorkin lives for the soapbox and his characters are well-meaning but a little morally elevated and a touch grandiose. The writers who took over insisted on making the characters more human. It had a remarkably consistent cast, all of whom came back for the final few episodes. It wasn’t perfect TV but it was close enough for me. I shall miss it. That’s no joke – it was 125 hours of TV, 156 episodes. I’m nearly ready to begin The Good Wife, but I’ll need a few weeks of mourning time for my favourite ever TV show. 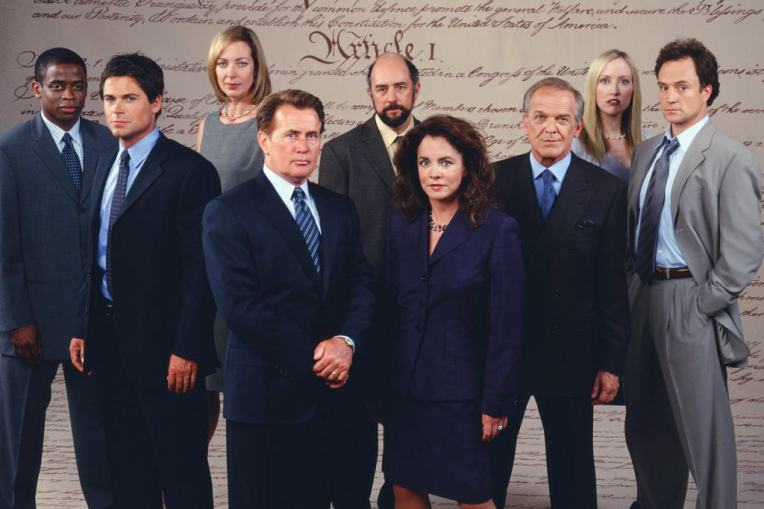 Perhaps I should start to read The Unconsoled by Kazuo Ishiguro, now sitting on my bedside table, and begin my Goodreads pledge.

In other news I’ve been sniffing around for work and have been offered a bit of copy-editing to do. It’s boring work but I learn stuff every time I do it, and I don’t have to teach people, so yes, thanks! to that. And I’m about to start gunning for an ARC DECRA. I have interest from a local uni who have offered to sponsor me and give me support to apply. Wow.

Today is a GOOD day.